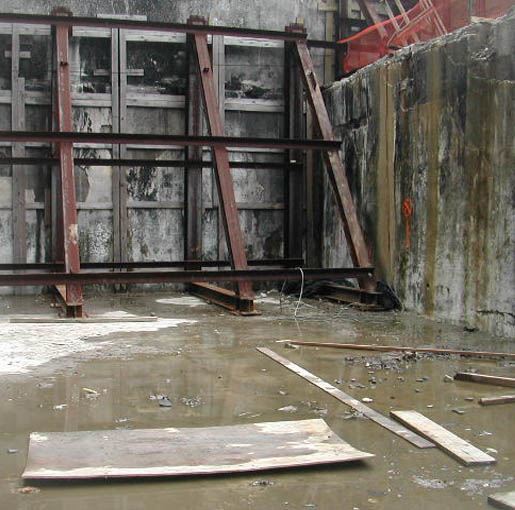 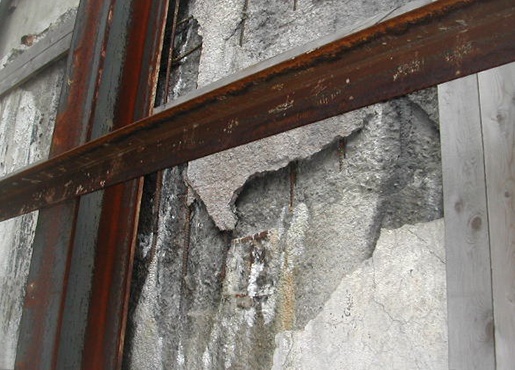 Assess the level of deterioration, and predict the penetration of diesel fuel into two types of concrete elements over a two-year period

On September 11, 2001, the collapse of one of the towers of the World Trade Center (WTC) created a gash area in the north façade of the Deutsche Bank building. It crushed the plaza in front of it exposing the basement level areas and destroying the superstructure enclosing the basement.

The causes of damage included the physical impact of debris from the airplanes and the WTC towers, fires, water damage, emergency demolition and exposure to weather. A 20,000-gallon diesel fuel tank located in the northwest corner of the basement also ruptured. Fires and flooding further aggravated the physical damage. Concrete slabs, columns, and walls were subjected to multiple degradation (visible cracks, micro-cracking, delamination and increase in porosity) and contamination phenomena with diesel fuels, chlorides and sulfates occurring simultaneously.

The contamination level presented by WTC Hazardous Substances in the Building was unprecedented. The Bank was required to undertake a scientific investigation to determine if the structure could be saved or should be demolished.

SIMCO’s concrete materials experts were hired by the Deutsche Bank to determine if it was possible to reuse the structure of the building in order to rebuild it.

SIMCO’s scope of work consisted in a comprehensive investigation in order to determine the level of contamination with diesel oils and chlorides in the building’s concrete foundations and its effect on the residual service life of the building.

SIMCO’s concrete materials experts conducted a detailed assessment of the actual deterioration of the concrete slabs and columns of the building. Numerical simulations were performed to predict the penetration of diesel fuel into two types of concrete elements (i.e. slab and wall) over a two-year period. These simulations were performed to estimate the detrimental consequences of chemical degradation and reinforcing-steel corrosion on the residual service-life of the concrete and to identify potential for further degradation of the reinforced concrete elements by Delayed Ettringite Formation (DEF).

Following a comprehensive analysis of the structure, SIMCO’s concrete materials experts were able to determine that the contamination level in the concrete slab made it impossible to make efficient surface repairs. It was also determined that the degradation of the foundation system was critical and it would likely progress over time.

Following a comprehensive analysis of the structure, SIMCO’s experts were able to determine that the degradation of the foundation system was critical and it would likely progress over time. The dismantling of the building was announced in 2004 and completed in February 2011.