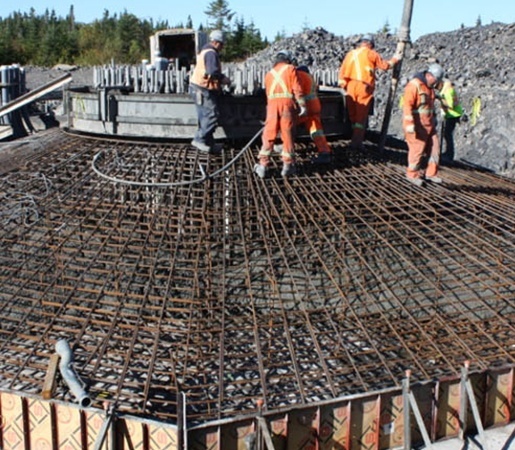 From the start of construction, an external laboratory and the concrete manufacturer were conducting quality control tests on the concrete produced and cast in place. Significant differences were observed between both series of results. Based on the information submitted to SIMCO, the values recorded by the laboratory indicated that the mix does not always meet the project specification requirements, while this was not the case for the values recorded by the manufacturer.

SIMCO proceeded to analyze the compressive strength results recorded on cylinders by both firms in order to determine whether a bias may have affected values for both series of results and whether any such bias was systematic or ad hoc. It was later determined that non-compliant concrete samples obtained would be isolated cases and do not represent the general condition of the concrete.

SIMCO now acts as an expert for the owner regarding compliance to concrete specifications and safety requirements for this project.