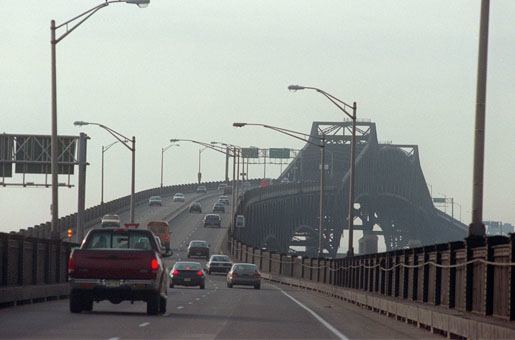 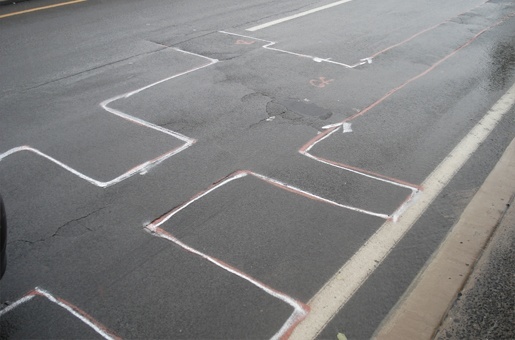 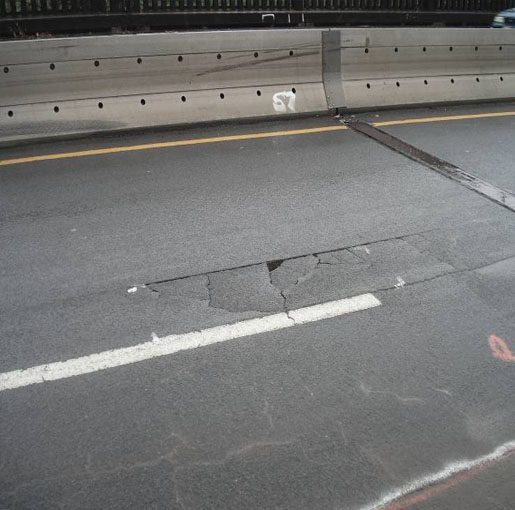 About the Pulaski Skyway

The Pulaski Skyway is a landmark structure located between Newark and Jersey City consisting of two bridges that span over the Passaic and Hackensack Rivers. Opened to traffic in 1932, the 18,480 ft long steel truss bridge consists of 4 lanes and 118 sections.

The Skyway had not been significantly repaired since 1984, therefore, the New Jersey Department of Transportation (NJDOT) decided to begin a rehabilitation program in 2007 estimated at approximately $1 billion U.S.

In 2008, multiple patch repairs were performed over approximately 90,000 ft2. The size, depth and shape of the patch repairs varied from one location to another according to the observed deterioration of the bridge deck overlay.

According to the information made available to SIMCO, premature failures of the repairs were first observed in the spring of 2009 just a few months after the repairs were executed. These failures were progressing at an accelerated rate and the exact cause had yet to be identified.

Investigation into the premature failures of bridge deck repairs

SIMCO was hired to determine the cause(s) of the premature failure of patch repairs completed in 2008, on the deck of the Pulaski Skyway. The investigation included a comprehensive assessment of the top surface of the bridge deck and repair system applied.

To meet the client’s budget requirements and time schedule, a multi-stage approach was used for this investigation. The proposed program was designed to generate information on the quality of materials used and origin of the premature degradation of repairs.

A previous investigation conducted over the entire surface of the repaired portion of the deck suggested a progressive failure process and different deterioration stages were identified. A review of the quality control test data provided to SIMCO indicated that the initial bond strength between the repair material (MMA) and the original OPC concrete substrate was adequate. However, it proved to be non-durable and further investigations and analyses were required.

Following a comprehensive investigation and analyses performed using SIMCO’s numerical simulation solutions, it was determined that the de-bonding problems were related to the presence of weak zones underneath the repair patches (MMA). The weak zones could have been created by a combination of surface preparation issues and freezing and thawing damage. Evidence of freezing and thawing damage was also detected within the original concrete just below the repairs.

Evidence also showed that the concrete was not adequately protected against freezing and thawing and that the original concrete could be in a critical state of saturation due to the presence of an impermeable repair product. Consequently, the risk of deterioration by freezing and thawing was considered very high. It was also determined that failure was initiated at these weak zones and may have extended under uneven stress distribution and freezing of water at the surface or within the concrete.

Recommendations of corrective measures were provided for the prevention of water ingress around and under the repair patches. An inspection plan and repair program were also recommended to maintain the substrate concrete in good condition until the deck’s full replacement.