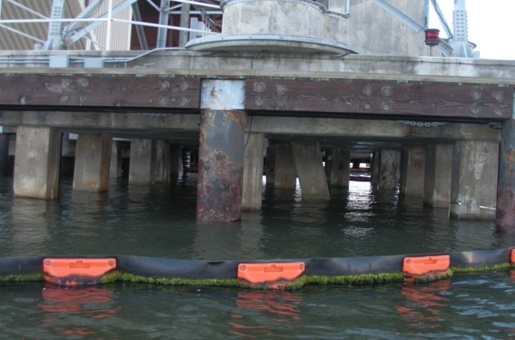 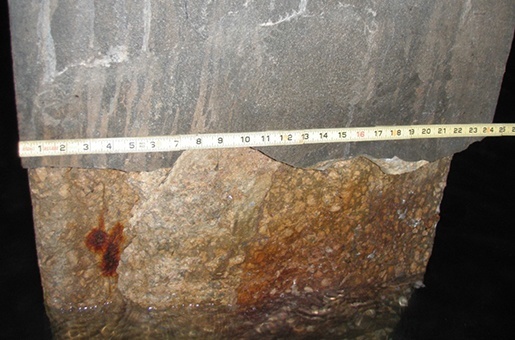 SIMCO was hired to perform concrete characterization, evaluate the service life and recommend repair scenarios for 6 concrete wharves located at the U.S. Naval Base in Kings Bay, Georgia: the Explosive Handling Wharf 1 and 2, the Warping Wharf, the Refit Wharf 1 and 2, and the Medium Auxiliary Repair Dry-dock.

The main objectives of the investigation were to evaluate the current condition of the concrete piles and pile caps, determine their residual service life and analyze the impacts of different repair strategies. To achieve these objectives, laboratory tests and service-life calculations were performed using SIMCO’s STADIUM® numerical modeling software. The tests performed were to determine the mechanical and transport properties (ionic and humidity), detect and identify degradation mechanisms in accordance to different exposure conditions and evaluate the extent of chloride contamination.

Following a comprehensive assessment and analysis, SIMCO was able to determine that the different concrete elements were exposed to variable levels of chloride intensity and showed an overall poor resistance against chloride ingress. It was found that the structures had considerable background levels of chloride suggesting that it was initially introduced in the mix, or was due to severe local deterioration or two-dimensional chloride penetration.

The analyses performed by SIMCO showed that the piles were affected by DEF (Delayed Ettringite Formation) and in one instance, ASR (Alkali Silica Reaction) which resulted in cracking. The cracking mechanisms observed were likely to create more damage in the outer portion of the concrete, which would promote chloride ingress. Moreover, it was also determined that future expansion and cracking could occur in the short term and, therefore, these factors must be taken into account when recommending repair strategies.

The selected repair options were analyzed with SIMCO’s STADIUM® numerical modeling software, to evaluate their durability based on time to initiate corrosion. The numerical simulation results clearly showed that the use of adequate repair procedures and materials would prevent the chloride content to exceed the critical threshold value to initiate corrosion in the repaired areas for the next 50 years.

With the use of SIMCO’s STADIUM numerical modeling tool, the most cost-effective repair recommendations were provided to extend the service life of the wharves by 50 years. 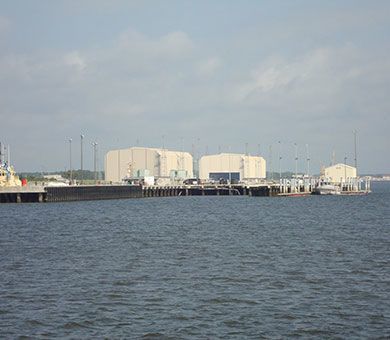